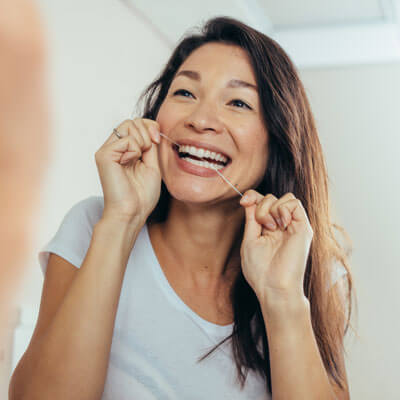 Do You Have Bleeding Gums?

If your gums are bleeding, it may indicate that something is wrong. It could be as simple as using the wrong technique when brushing or flossing or it could be a sign that there is a health condition that needs to be checked.

Bleeding gums are the most common symptom of gum disease but can also be due to a multitude of reasons:

Plaque is the debris and bacteria that are stuck on our teeth and can be easily removed with proper brushing and flossing. When the plaque stays on the gum lines for too long, gingivitis develops causing

If the plaque is not removed, it hardens into tartar (calculus) which can increase the bleeding. It is not possible to brush away the tartar and you need a dentist to remove it with special instruments.

When gingivitis becomes advanced, it progresses to periodontitis. This is an infection of the gums, surrounding bones and supportive tissues. Left unchecked, periodontitis can cause your teeth to become loose and fall out.

Make an appointment with our dentist to determine the cause of your bleeding gums. The treatment will vary according to your condition.

If you have gingivitis or periodontitis, our periodontist will help you recover with appropriate gum disease treatment.

If you have faulty restorations, our prosthodontist will replace them so that the gums can heal again.

Medical conditions will be referred to the appropriate medical colleagues.